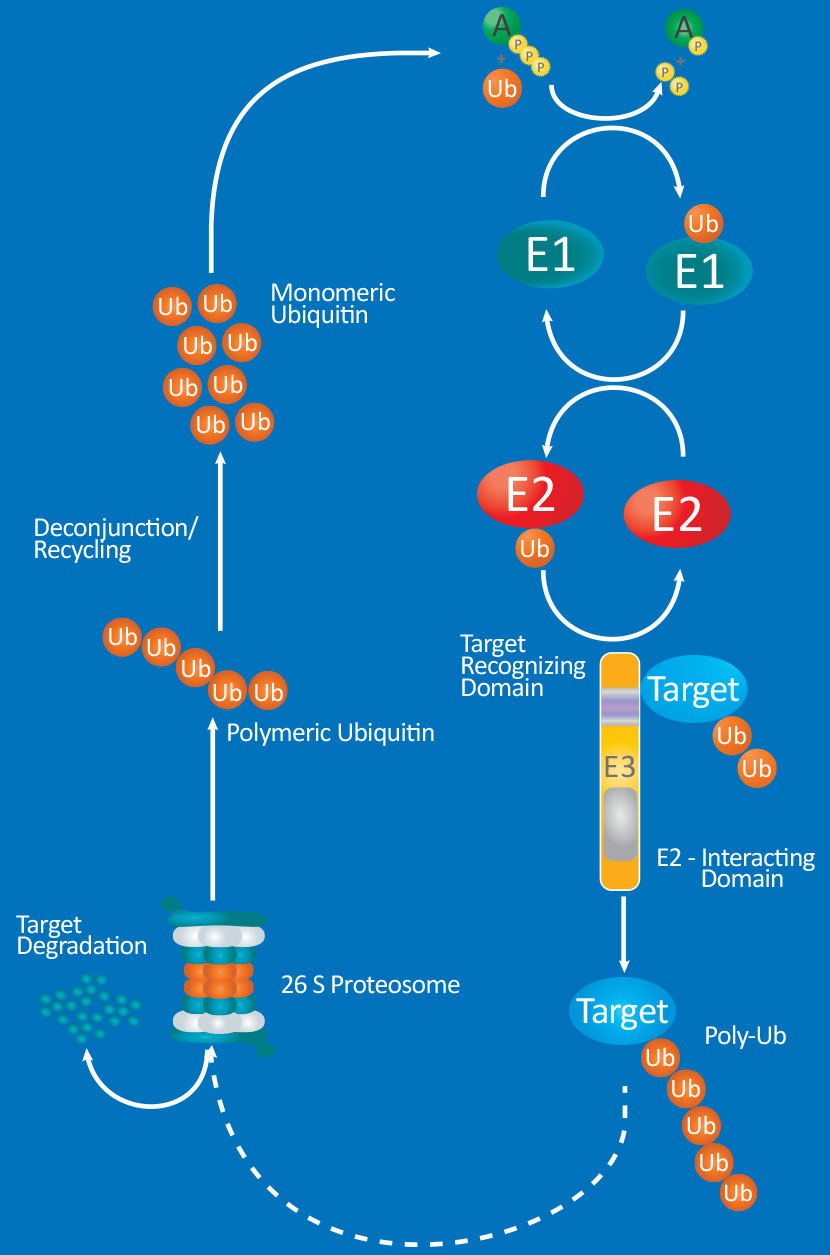 Protein modifications by ubiquitin (Ub) or ubiquitin-like proteins (UBLs) participate in many critical cellular processes such as cell-cycle regulation, DNA repair, oncogenesis, antiviral pathways and most notably, proteasomal degradation of target proteins. Ubiquitination and modification by UBLs share a similar catalytic cascade which requires the sequential action of three classes of enzymes: E1 activating enzymes, E2 conjugating enzymes, and E3 ligases. Research has linked dysregulation of the Ub/UBLs modification system to numerous diseases including cancer, immunological disorders, and neurodegeneration. Thus, the high substrate specificity provided by combinations of over 30 E2’s and over 600 E3’s makes these enzymes emerging drug targets.

In response to growing market demand, SignalChem has developed an extensive array of products encompassing ubiquitin proteins and active enzymes, Ub/UBL modifiers, and substrates in the ubiquitination, SUMOylation, ISGylation and NEDDylation processes. Using Promega’s AMP-Glo™ technology and an optimized assay protocol, we have identified and validated a variety of functional combinations of the enzyme components. With the established protocol, each enzyme in the catalytic cascade has been assessed for their activity towards the generation of free AMP. In addition, inhibition profiles of the ubiquitinating enzymes have been obtained using the assay system, further demonstrating their potential to be used in high-throughput screening to identify lead compounds for drug discovery and development programs.

Get the latest resources, updates and offers in your inbox